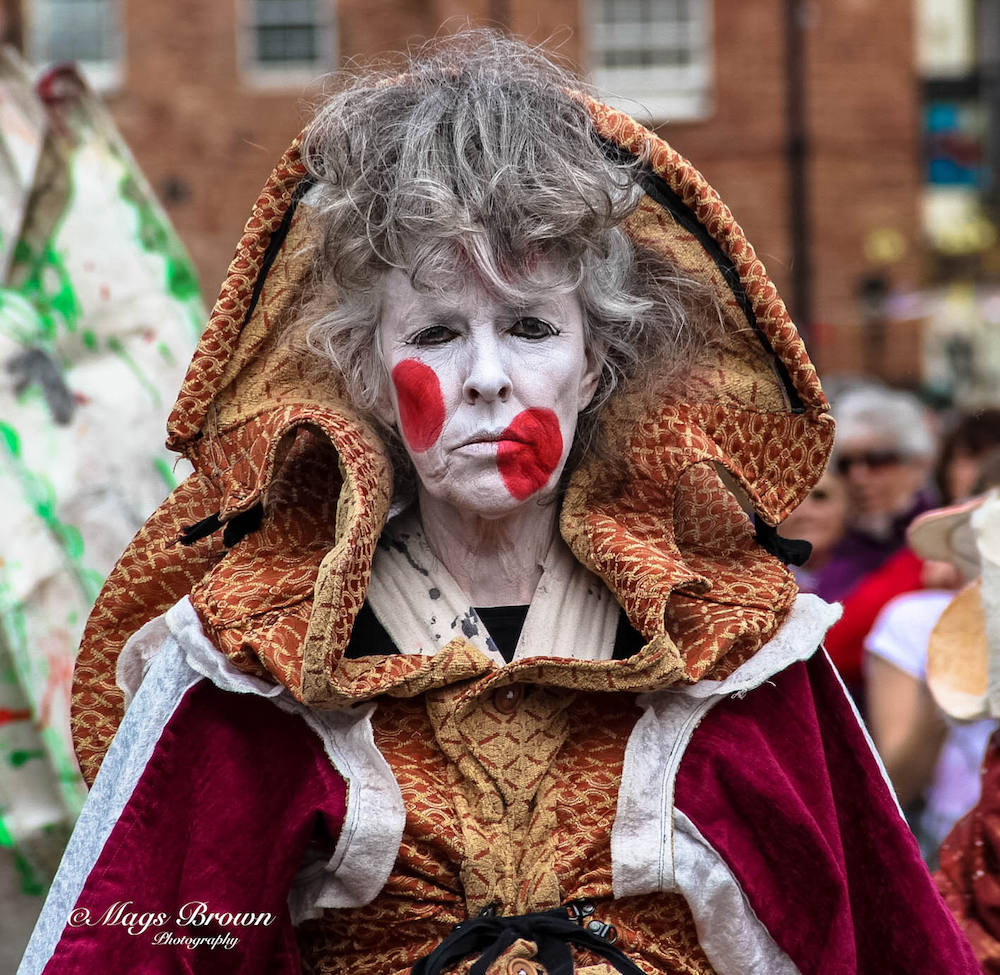 The first ever John Muir Coast Festival took place in Dunbar in 2016 and as part of this there was a huge parade along the High Street.

John Muir, the famous conservationist and founder of America’s national parks, was born in Dunbar where his love of the great outdoors began. The festival is inspired by Muir’s advocacy of the benefits of an outdoor lifestyle.

This shot captures one of the street performers staying in character even when the parade had ended.

Shots below show some of the other street performers.