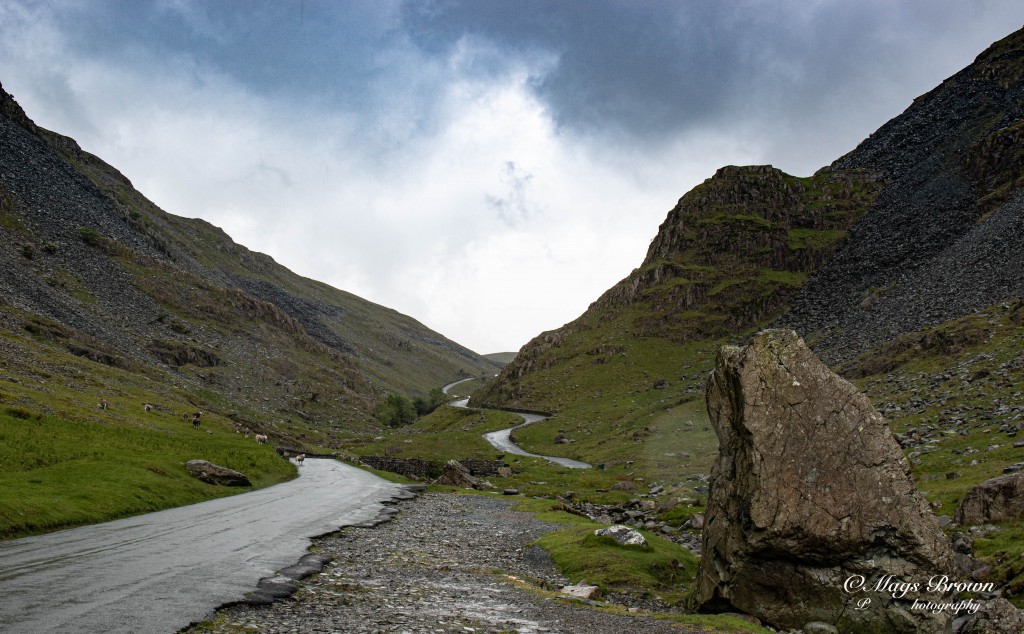 I was excited to travel over this winding road as it is well known.  However the day became much more exciting when we were stopped by some traffic men.  I asked why they had stopped us and they told me that the BBC were filming for the A word.  This is a story about a little autistic boy and the opening scene is always of him walking along this road with his headphones on.

Eventually we were allowed to proceed and as we passed by the tents I saw a few of the actors having a cuppa.  I would have stopped and got some shots but my husband was driving.  So this photograph will always remind me of that day and that programme.