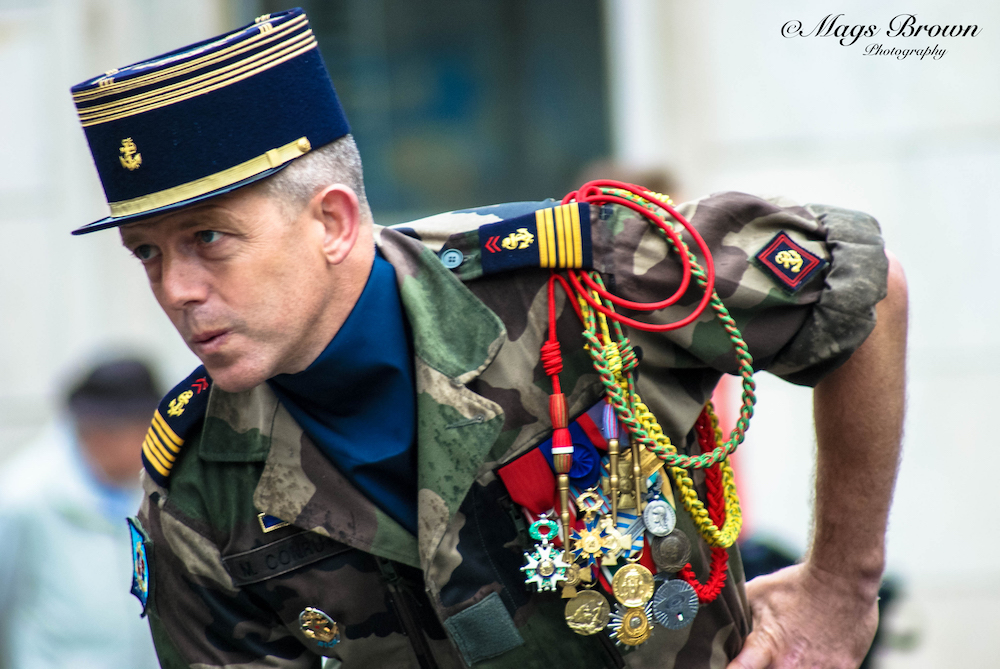 French National Day or Bastille Day as it is commonly known is celebrated on the 14th of July each year.  The French National Day commemorates the first anniversary of Storming of the Bastille on 14 July 1789, a turning point of the French Revolution.  Celebrations are held throughout France.

I love to look for the humour in situations and this is one of my favourite shots from Bastille day.  Standing watching the parade when just at the end one of the commanders, who had proudly marched his soldiers through the streets, bent over with this expression on his face that just had to be captured.